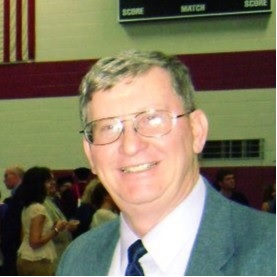 Lead Pastor David Rorabaugh’s roots are the farm country of southwest Idaho, born and raised near Caldwell with three older siblings, and educated in the Middleton Public Schools (1974 graduate). His family was very active in the spiritual life of the First. Christian Church of Caldwell. David committed to serve Christ at age 12. The school of hard work at home and as a farm hand, along with developing a herd of swine, provided many opportunities of additional growth, experience and knowledge.

Pursuing a dream of farm life, music and Christian education, David enrolled in a joint program of Intermountain Bible College (IBC) and Mesa College (now, University) in Grand Junction, CO. Upon graduating in 1979 with a BS in Church Music from IBC, David returned to Idaho, volunteering in his home church while restarting his swine herd and financing it as a hired hand. But God had other plans.

The summer of 1980, David was informed of a youth ministry position with First Christian Church of Deming, N.M. Short story – David began that ministry in. January, 1981. By early 1982, he was serving as “temporary” preacher for eight months as a search began for an experienced minister. The FCC Elders and area preachers ordained David as a Minister of the Gospel in December. In the meantime, the Lordsburg (NM) Church Of Christ invited him to serve with them. He accepted in December, and the following year, married Sally T. Chavez from Deming. They were soon blessed with two sons, Aaron and Nathan By 1987, the part-time preaching had become full-time, family needs were increasing, and God again intervened. Leaders from the Christian Church of Alamogordo, NM invited David to be their preacher. With that move, the following fifteen years also included service as a trustee with Spanish American Evangelistic Ministries and on the planning committee of the NM Christian Convention. Returning to his musical roots, David was hired as the Associate Minister of First Christian Church; Nevada, MO, beginning in July, 2002. focusing on their music and education programs through July 2020.

This site uses Akismet to reduce spam. Learn how your comment data is processed.